In the six years since the Tallinn TV Tower re-opened in April 2012, the structure has received one million visitors. The millionth visitor was Nikolai Jefremtsev, a small businessman from Tallinn, who came to the TV Tower for his son’s wedding. Each year, about 150,000 people visit the TV Tower. The free of charge events in the outdoor area of the tower are visited by 10,000 people each year

TV Tower director Jüri Kriisemann surprised Jefremtsev with a VIP pass that provides access to various towers that like the Tallinn TV tower are part of the (World Great Towers Federation) and a romantic dinner for two in the recently opened restaurant/café.

The million-visitor mark was reached at a very symbolic time. “The Republic of Estonia is preparing for its 100th anniversary and the TV Tower’s own anniversary goes back for 38 years of that time. During those nearly 40 years, the TV Tower has become an important landmark for locals and visitors from abroad,” said Kriisemann.

The TV Tower is one of the most visited attractions in Tallinn. Each year, it hosts traditional events that are linked specifically with the tower. the Stair Run on the anniversary of the re-opening in April, BASE jumps that are unique in Europe and the family event on 20 August in honour of the restoration of independence, which is organized with the police, Defence Forces and rescue officials.

Thanks to the exhibitions, the number of returning visitors is high. In spring, the very popular “No Bananas” exhibition will be reopened – a trip back in time to everyday Soviet-era life. A new feature will be the shop and café part in the prefab Soviet-style apartment in the exhibition, which can be rented for various thematic get-togethers and office and birthday parties.

The latest attraction to beckon to visitors is the new restaurant at cloud line, which was long awaited and which will serve a number of theme dinners in February.
The foundation that runs the TV Tower was established by AS Levira, and its goal is to operate the TV tower as an experience centre. 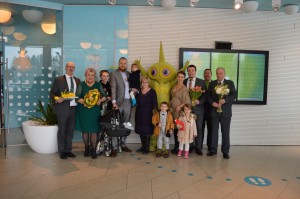 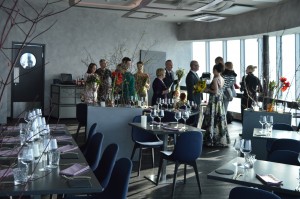